History of Tennis in the US 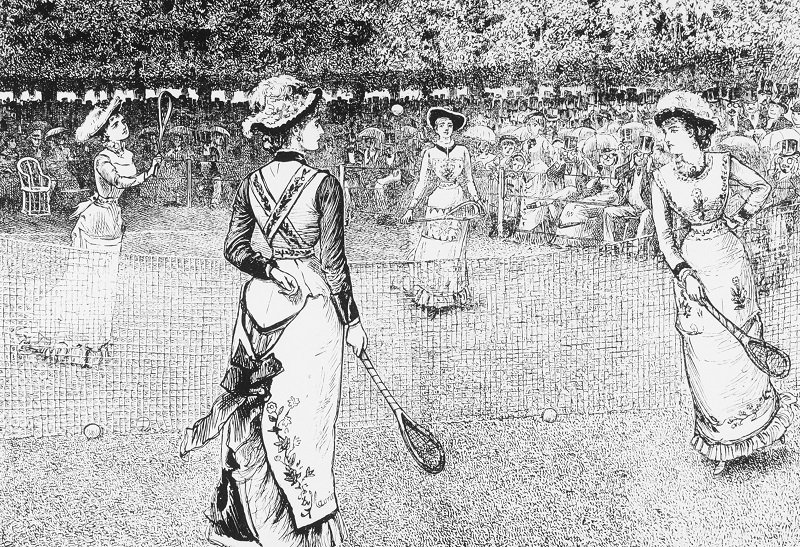 As with most sports invented in the United Kingdom, the sport of tennis very quickly spread throughout the Commonwealth (or, we suppose it was called the British Empire at that time). It wasn’t long before the sport started to appear in Bermuda.

It just so happened that Mary Ewing Outerbridge, a rich New Yorker, was living with her family in Bermuda. She soon fell in love with the sport and had her family build a tennis court on their Bermudan homestead.

Of course, all good things came to an end, and it wasn’t long before she was headed back to the United States, tennis equipment in tow.

A problem! The customs officials were a little bit suspicious of all the racquets and tennis balls, so they decided to seize them. After something that was almost certainly not bribery from her brother, the equipment was released, and Mary was free to play tennis in the United States.

In 1872, she set up the Staten Island Cricket and Baseball Club. Soon thereafter, the very first U.S. Tennis Championship was held. It was won by an English gentleman who happened to be vacationing in New York. Within the next decade, tennis clubs started to spring up all over the United States, and the sport became more and more popular.

The First Tennis Governing Board

In 1881, the United States Tennis Association was born. A group of New Yorkers decided that they needed a body that would oversee the development of tennis as a sport in the United States, and this was it.

Of course, since tennis is an international sport, this body no longer holds any rule-making power. However, they do spend a lot of time funding the development of the sport in the United States. In fact, the governing board spends a lot of cash on introducing new people to the sport and training them up. it is pretty safe to say that tennis in the United States wouldn’t be where it is today without the United States Tennis Association [1].

When people think of tennis in the United States, they think of the US Open. This, of course, is the major tennis tournament for the country. It is one of four Grand Slam titles (i.e. the most prestigious events in the tennis calendar)

The US Open was also founded in 1881. As you can probably guess, the original tournament was reserved for those rich folk. It was played at the Newport Casino, and the only way that you were able to enter the tournament is if you were a member of one of the more prestigious tennis clubs. Of course, this did mean that only Americans could win the first tournament, so there wasn’t really that shame of having an English person win here.

The very first US Open was won by Richard Sears. He went onto win the tournament seven times. Although, winning was a little bit easier back then. If you won the tournament one year, you would automatically be a finalist the next year. Everybody else just had to battle it out in order to challenge you.

In 1887, the tournament allowed women to enter for the very first time, and, not long after, doubles tournaments were introduced.

After a couple of location and name changes, the tournament eventually opened itself up to professional players in the 1960s. It then became one of the Open tournaments. In 1978, the US Open was moved to the USTA National Tennis Center, and it has remained there ever since.

Coincidentally, the market for professional tennis shoes began to get legs around this time too.

Let’s wrap up talking about the history of tennis in the United States by talking about some of the top players. Now, you may not necessarily agree with this list. There are probably a few extra names that we could have included. However, we can assure you, each of these players is a top name in the world of tennis. They helped to shape the sport.

This man has won 14 Grand Slam Titles, which certainly is no mean feat. Of course, Pete Sampras went out with a bang too. This guy is the ONLY person that has won a major tournament in his very last professional tennis match. You may recall him winning the US Open in 2002.

Old Pistol Pete still pops up in various exhibition matches around the world.

This was Pete Sampras’ rival. He has won eight Grand Slam titles, and he managed to reach the final of many more, often beaten by Pete. Sadly, an injury ended his career a little bit earlier than it should have done. However, he does still hold a couple of American records. For example, an American player hasn’t won the French Open since Andre Agassi won it back in 1999.

Serena is, of course, the most successful female tennis player in the sport. While she has picked up many titles herself, she has also managed ot pick up a few titles with her double partner Venus Williams.

While many people remember John McEnroe for having somewhat of a ‘hot head’ on the tennis court, he was a successful tennis player too. He may not have reached the dizzying heights of Pete or Andre, but John still managed to pick up seven Grand Slam titles. Even now, you may find him competing in senior tournaments at Wimbledon. 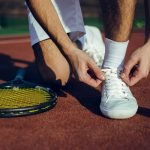 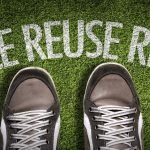 Can Tennis Shoes Be Recycled? 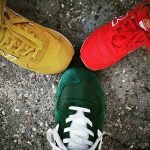 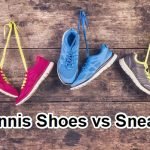