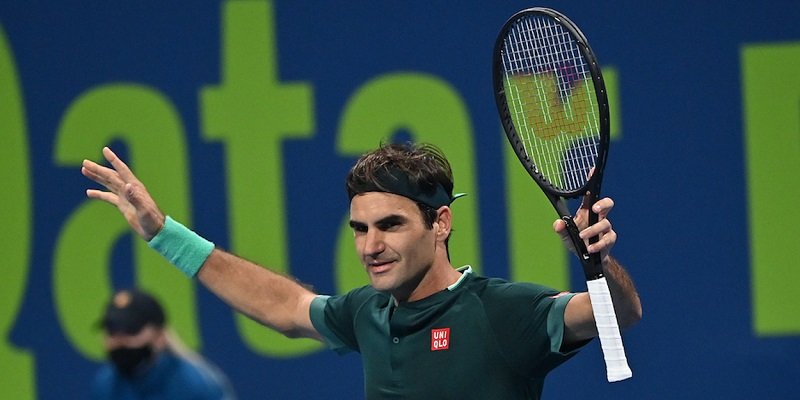 What Roger Wears in Competition

For 24 years, Roger Federer has rocked a version of what is today, the NikeCourt Air Zoom Vapor X tennis shoes (Say that 3 times fast!). Although, it has to be said that he wore them because he was being paid to, and quite a hefty sum at that. Despite this contract coming to an end a couple of years ago, you will still find Roger almost always in a pair of Nikes on the court. Why wouldn’t he be? This is a shoe brand that has proven it’s worth and helped him towards his goal of becoming the best tennis player in the world.

The Nike Air Zoom Vapor X tennis shoes are the most notable, worn by the most amount of professionals as compared to any other pair available.

Roger Federer currently holds an apparel contract with Uniqlo, although they have yet to design a tennis shoe with him. However, it is unlikely that will ever happen, as this is a company that specializes in casual wear.

There may be a chance that they release a top-quality tennis shoe in the realm of a replica, but we wouldn’t bet on it. Roger is likely to stick with Nike, so if you want to wear shoes like his, the Nike Air Zoom Vapor X is the ticket.

Having been playing tennis for a while by 1998, the first notable achievement in Roger’s early career came when he won the Junior tournament at Wimbledon. Of course, he took everybody by surprise at this point. Nobody expected him to advance that far in the competition, let alone win it.

Just 2-years later, Roger jetted off to Sydney to compete in the Olympics. Sadly he returned without a medal, but he did reach the semi-finals. Most people expected him to have been knocked out by this point.

After all, nearly all of his experience was from competing as a junior; he had never competed on the world stage proper by this point. The fact that he ended up coming fourth in the tournament was a massive boost to his career and gave an indication as to what the Swiss-born player would accomplish over the coming years.

The first time that we managed to get a taste of what Roger could accomplish came in 2003 when he picked up his very first Grand Slam Title; he won at Wimbledon [1]. This was an all-round good year for Roger.

Despite him being fairly new to the professional scene, he almost hit the Number 1 ranking in the world. Not bad for somebody that has just picked up their very first Grand Slam title, right?

We are not sure whether Roger was all that worried about hitting the top position in his first real year as a professional. It happened in 2004 when he picked up not one, not two, but a whopping three Grand Slam titles: Wimbledon, the Australian Open, and the US Open.

By 2005, it looked as if everything was going wrong for Roger as he lost a couple of Grand Slams. But by the time he won Wimbledon again, his single’s wins were starting to come into their own.

To date, this remains the absolute best season for Roger Federer. Having only entered 17 tournaments, he reached a remarkable 16 finals and won 11 of them.

This effectively cemented him as one of the best players in the game.

It is during this year that the sales for Roger Federer shoes started to take off.

It is no wonder that Nike were willing to spend so much on him (around $10 million a year in sponsorship money!)

We will skip talking about most of his career, simply because it is win after win in tournaments and Olympic games alike. He is clearly the best player the game has ever seen.

In more recent years, he has slowed down a bit. Can you blame him? At the time of writing, it has been 22 years since he won Wimbledon Junior competitions. Apart from a brief spell a few years ago, he has never sat at the top of the world rankings since.

Although, he is still regarded as the very, very best player in the world of tennis. He can still hold his own on the court, which is most likely why many companies are still willing to reproduce replica tennis shoes.

The trajectory of his career from here on out is totally unpredictable. He is unlikely to dominate rankings again, he may pick up a Grand Slam title here and there, but no more than one or two per year.

However, let’s be honest, Roger Federer is already a legend. His name will be talked about in the international tennis world for decades and decades to come. 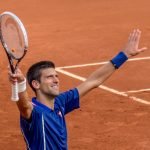 11 Best Tennis Players of All Time 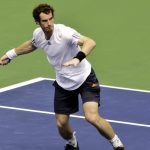