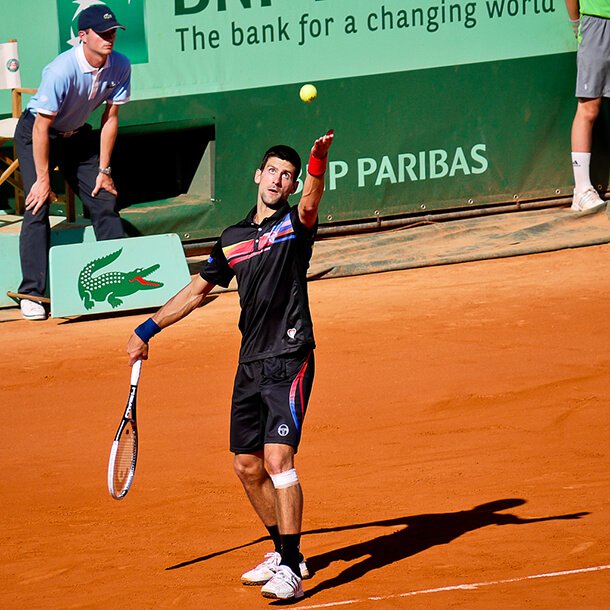 With 17 Grand Slam Titles under his belt, and regularly ranking as the number 1 male tennis player in the world, it is safe to say that Novak Djokovic is a tennis legend. It is no wonder that there are so many budding tennis players out there that want to step into the shoes he wears on the court. Let’s take a little look at this tennis legend and discuss what he brings to the table.

Novak Djokovic wears the ASICS Court FF 2 tennis shoes while competing on the tennis court. However, since 2019, he has had a pair specially designed for him; the Asics Court FF 2 Novak.

To be honest with you, the Novak version of this shoe is not that different from other ASICS shoes. It turns out that the base shoe is so good that one of the best players in the world didn’t need that much in the way of change. There were only two tweaks made to the base shoe, and these were made to suit his playing style.

The first change made the top of the shoe more breathable. This helps to ensure that the player is able to deal with those quicker games where they expend a lot of energy. Obviously, if you have seen Novak Djokovic play, you will likely have noticed that he is a very aggressive player and he moves about a lot. The breathability of his shoes helps him achieve this.

In addition, his shoes have a slightly rounder base than some of the other tennis shoes on the market. Again, this is something to fit Novak’s style of play. If you watch him play, he slides about the court a lot. If the shoe had a flat base, this would not be possible. The rounded base provides grip, while at the same time ensuring that he can slide into position quickly and with the minimum risk of injury.

As we mentioned before; this is a guy that loves to slide around the court. If you are the type of player that enjoys speed and trying to make those impossible shots, then Novak Djokovic’s tennis shoes are among the best you can buy for that style of play.

This guy is very aggressive in the way in which he plays. He can keep even the world’s best tennis players on their toe; you never know which direction his shot is going to come from. This is especially true if Novak is returning one of your serves. He is known as the best in the game at that and is part of the reason why he has managed to score himself so many Grand Slam titles.

Overview of His Playing Career

To be honest, Novak Djokovic didn’t really come into his own until he became pro. While he did play competitive tennis in junior tournaments, he was never especially talented. He had about a 75% win rate [1]. Which, sure, is going to be better than most other players on the circuit, but he was not able to crack the top 20 junior players in the world.

In 2003, he turned pro. His very first pro tournament was the ATP Pro Tour and he didn’t take part in his first Open until 2005, where he made an appearance at the Australian Open. He did terribly; he was knocked out in the first round and he didn’t win a single set. At this point, nobody would have known that he would go on to become the great player that we know today.

In 2006, he fared a little better. It was then that he became one of the Top 40 players in the world. His best result that year was hitting the Quarter Final of the French Open, but he also made some headway at Wimbledon too. Although, once again, he was not playing to a high standard. Some would have regarded him as somewhat of an average player at these tournaments.

It wasn’t until 2009 that we started to see his potential. He managed to hit 10 finals on the pro circuit this year, taking a whopping 5 titles from them. Although, in 2008, he managed his first Open win at the Australian Open.

In 2011, he began to be regarded as one of the greatest tennis players of all time. In this year he managed to win some major tournaments, as well as hit the number 1 ranking. In 2011, he won the Australian Open, Wimbledon, and US Open. He only managed to hit the semi-finals of the French Open, but 3 out of 4 major tennis tournaments isn’t bad, right?

His Open victories are fantastic too:

This guy isn’t done yet either. He still has a lot more Open wins in him and, at the time of writing, he is still ranked as the number 1 male player in the world. We can’t really think of one other person that could give him a run for his money at the moment. He is just that good.

Even when he has retired from the tennis scene, which hopefully will not be for a long while yet, you can bet your bottom dollar that he is still going to be offering endorsements on tennis shoes. There are very few people that play tennis regularly that do not idolize him. 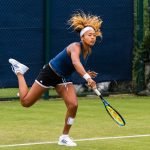