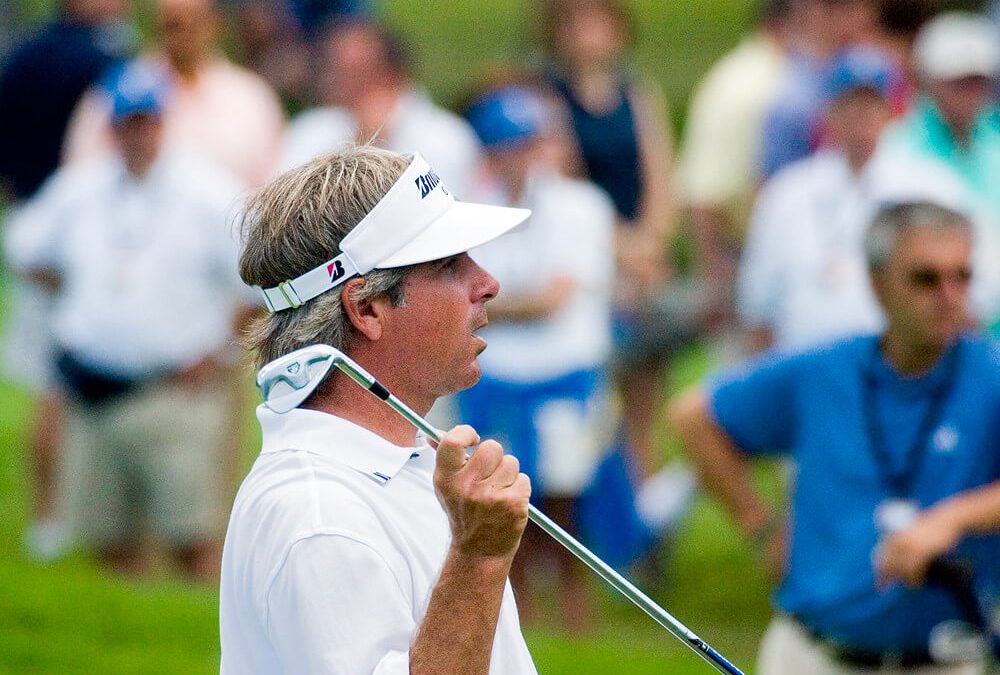 When we talk about tennis shoes on this website, we often talk about how great they are using them with tennis. It makes sense, right? They are called tennis shoes. However, it turns out that they have been having success in other sports too. Namely golf. In fact, Fred Couples almost won the Masters while rocking a pair of tennis shoes.

Why Did He Choose Tennis Shoes?

Back in 2009, Fred Couples was suffering from severe back issues and was looking for a new pair of comfortable shoes that he could wear on the golf course. His friend decided to recommend that he try on a pair of Ecco Golf Street Shoes.

Now, we know what you are thinking at this point. They have ‘golf’ in the name. They aren’t tennis shoes, right? Well, it depends on where you are in the United States. He was wearing what were pretty much glorified sneakers. While they probably wouldn’t have been able to perform extremely well on the tennis court, they would have been a lot better than your typical pair of golf shoes.

What Makes These Tennis Shoes Different?

We don’t know how much you watch golf. However, if you do watch it, you should pay attention to the bottom of the shoes of the players. If you look you will notice that they all have spikes on the bottom of their shoes.

We assume that the reason why they have spikes on their shoes is so that they have a bit of extra grip when they are about to connect with that ball with a huge amount of force.

The shoes that Fred Couples had did not have a grip on them. They were designed for use on the golf course, but more for those that would be walking around the golf course to check out what is happening. They weren’t designed to be played in. They effectively had a flat sole. If Fred Couples didn’t have a huge amount of control over the shots that he played, then he would be slipping and sliding about everywhere. In fact, this is what most people predicted would happen…it didn’t.

If you know your golf history, then you will know that Fred Couples is a fairly big name in the sport. He managed to win the Masters back in 1992. He had a reasonable amount of success since then. By the time the 2010 Masters rolled around, he was a little bit older than many of the other players on the course. 50, in fact [1]. Now, this isn’t necessarily old but, let’s be honest, how many people do you see playing professional sport at the age of 50? Nobody really expected anything of him.

However, Couples proved them wrong. He was able to take the very first round of the Masters with a win at the Augusta National. Obviously, this was only a small part of the Masters. However, Fred had the odds stacked against him. Not only was he an older player on the circuit, but he was wearing a pair of shoes that quite simply were not designed for the job. It is crazy!

What Happened to Couples’ Tennis Shoes?

As a result, they sold out almost immediately every single time. The fuss eventually died down, but these tennis shoes had managed to gain a place in golf history.

In 2020, Ecco relaunched the same model as a sort of 10-year anniversary tribute to when they almost helped an aging golfer to win the Masters. They are unchanged. So, they are still sleek and stylish, and absolutely not built for use on the golf course,

But, hey. When you put a pair of shoes on the feet of any professional player, you can expect them to perform reasonably well with them, right? Maybe not to the point where they have a chance of winning one of the most important events in the game in them, though. 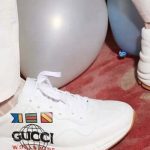